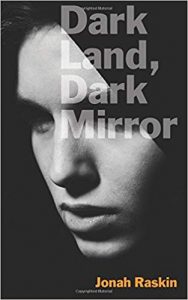 Mysteries: One of the best-selling genres, and one that stands the test of time — most can’t resist the allure of a classic whodunit.

Sonoma State University professor Jonah Raskin has delved into this world, a bit of shift from his other books, which include “Marijuanaland: Dispatches from an American War” and “The Radical Jack London: Writings on War and Revolution.”

“Vignetta is a “‘local girl’ who makes good and solves crimes with and without the help of the police,” Raskin wrote in an email.

Ahead of the release of his new book, Raskin is holding a workshop on Feb. 1, where he will teach people the basics of writing a murder-mystery. He said he will use examples from classics like “The Maltese Falcon” and “The Big Sleep,” as well as from his own book.

The presentation, offered through the Osher Lifelong Learning Institute at Sonoma State University, will be at the Glaser Center on Mendocino Avenue in Santa Rosa from 9:30 a.m. to 11:30 a.m.

Raskin’s book can be purchased on Amazon.